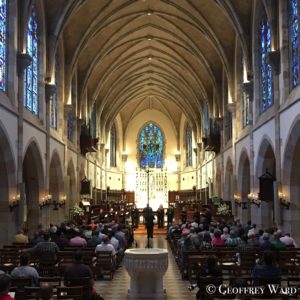 Based in Birmingham, AL, HIGHLAND CONSORT was founded by its director Frederick Teardo in 2014. The ensemble is formed of professional singers and musicians currently living in the Southeast, hailing from the Birmingham metro area, Tuscaloosa, and Florida. Highland Consort is committed to promoting the music of the Tudor and Renaissance periods through informed performance. By offering such concerts to the community, Highland Consort aims to instill and restore in Birmingham a true appreciation and admiration for this masterful repertory of choral music.

Future engagements for the 2020 – 2021 season and beyond are currently being scheduled. To learn more about Highland Consort, please email us at info@highlandconsort.com.