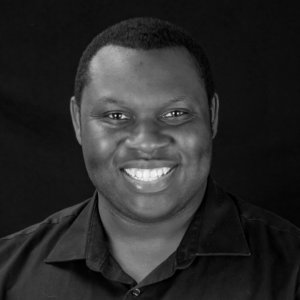 A Birmingham AL native and graduate of Ramsay High School, ZACHARY BANKS went on to earn both a Bachelor of Arts in Voice (2008) and a Bachelor of Music in Choral Education (2012) from the University of Montevallo. While there, he was a member of the Concert Choir under the direction of both the late Dr. Robert Wright and Dr. Melinda Doyle; the Chamber Choir, under the direction of Dr. Gary Packwood and Dr. Melinda Doyle; and, as both a member and assistant conductor, the University Chorus under Dr. Gary Packwood. Zachary also studied solo voice with both Dr. Charles Wood and Dr. Roderick George.

Outside of Montevallo, Zachary has kept his hand in music by becoming a Martinson Scholar and member of the Sanctuary Choir at Southside Baptist Church of Birmingham (in 2007 under the direction of Dr. Joseph Paul Dease). In 2011, he went on to become a Staff Chorister at The Cathedral Church of the Advent in Birmingham under the direction of Dr. Stephen Schaffer. He remains at the Advent with the choir, directed by Dr. Frederick Teardo.

In 2012, Zachary began performing as founding member of Opus 8, a chamber ensemble. He also worked alongside composer K. Lee Scott on the committee for the World Premier of “Band of Angels: a requiem honoring the lives of those lost in and around the events of the 16th Street Baptist Church Bombing of 1963.” He has also served as the Assistant Director of the Magic City Choral Society Chorale and as the Director of the Montevallo Community Chorale (MCC).

Beginning in 2015, Zachary became the Choral Director at both Montevallo High and Montevallo Middle Schools. During his tenure with the Montevallo Community Chorale, he unified these ensembles to create a unique choral music program for the community of Montevallo. In light of this, he was elected to the Montevallo Arts Council (MAC) in 2016, aiding in the growth of the arts in the Montevallo culture.

“Highland Consort has been a wonderful addition to my musical experience. It is a great opportunity to work with wonderful talent, as well as to experience music that is steeped in the tradition of the Anglican Church. It is humbling to, firsthand, rediscover music for the first time in centuries. Truly, a unique experience!”
— Zachary Banks