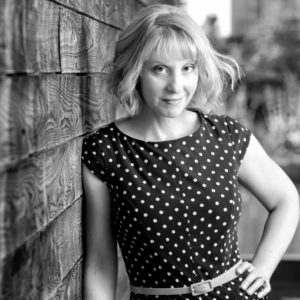 Soprano KRISTINE HURST-WAJSZCZUK was featured in the title role of the 2015 production Dido & Aeneas presented by Bourbon Baroque, Louisville’s period instrument ensemble. She debuted with the Boulder Bach Festival in 2004, with the Alabama Symphony in 2011, and with the Tuscaloosa Symphony in 2016. She performed for composer Bill Mayer’s 70th birthday celebration concert in Carnegie Hall’s Weill Recital Hall in the role of Madeline in the composer’s The Eve of St. Agnes. In 2002, she was a regional finalist in the National Association of Teachers of Singing Artist Award competition; in 2006, she appeared on a Wisconsin Public’s Radio broadcast of Live from the Chazen Museum.

An active recitalist dedicated to performing works by living composers, the soprano appeared with the Birmingham Art Music Alliance (BAMA) in a premiere of songs by Craig Biondi. Lori Laitman recently composed a song cycle entitled The Secret Exit for her and clarinetist Denise Gainey: the world premiere is set for the 2017-18 season. Additional American premieres include theatre songs by composer Zeke Hecker, songs by Steven Mercurio, and performances and recordings of music by David Hogg. Recitals have taken her throughout the United States and Italy, with recent concerts in South Carolina, Kentucky, Florida, and Georgia.

A specialist in the lute songs of John Dowland, her solo CD of Dowland lute songs was released in 2008 by Centaur. She has performed and lectured throughout North America on the socio-political intrigue surrounding the songs. An avid student of several languages, she has won several grants to study at the Middlebury College German for Singers program and for private study in Vienna, Austria. In 2010, she was a fellow at the Early Music Vancouver “Compleat Singer Programme.” In 2013-14, she was a Fulbright finalist, and was invited to teach at the Konservatorium Wien Privatuniversität (Vienna Conservatory).

Dr. Hurst-Wajszczuk is Associate Professor of Voice and Director of Opera at the University of Alabama at Birmingham.