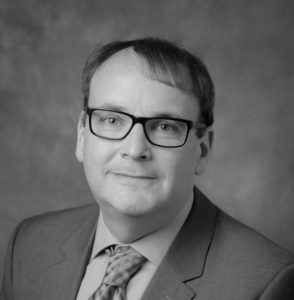 JOSEPH SARGENT, tenor, is assistant professor of music history at the University of Alabama and an active researcher in the areas of Renaissance English and Spanish music. He sings regularly with the choirs of St. Paul’s Cathedral, Advent Cathedral, and other ensembles and has directed several early music ensembles in Alabama and California. His critical edition of service music by the English composer Nathaniel Giles appears as part of The British Academy’s Early English Church Music series (Stainer & Bell).

Before moving to Alabama, he earned a Ph.D. from Stanford University and sang professionally in San Francisco with the Grace Cathedral Choir of Men and Boys and wide-ranging choral groups. Active as a bassoonist as well as singer, he regularly performs with area orchestras and chamber groups.